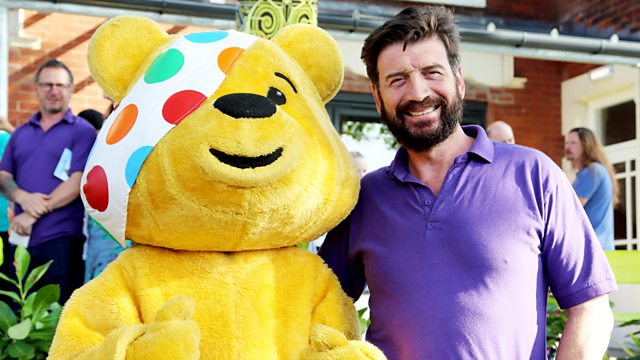 Nick Knowles, Laurence Llewelyn-Bowen and the trusty purple shirts venture north to Blackpool to tackle the year's most ambitious build.

This special DIY SOS is set to capture the nation's heart as Nick and the team highlight the plight of the nation's 250,000 young carers who care on a daily basis for their parents. Blackpool Carers Trust provides limited out-of-school respite and training activities as well as peer support for young carers, and their current centre is bursting at the seams.

The Blackpool Carers Trust, which is supported with funding from BBC Children in Need, provides much-needed support to young carers like 11-year-old Tyanna and ten-year-old Gracie who bathe and generally care for their ill mother, former nurse Suzanne who was diagnosed with osteoporosis, but also their dad Sean who is dealing with cancer.

The Carers Trust has inherited a broken, enormous build which sees a dramatic reinvention of a huge overgrown garden and run-down, neglected building into an unrecognisable, inspiring and colourful base for youths with caring responsibilities. It's all done in the cheeky DIY SOS spirit which includes an attempt on their very own 'most selfies in three minutes' for a Guinness World Record!