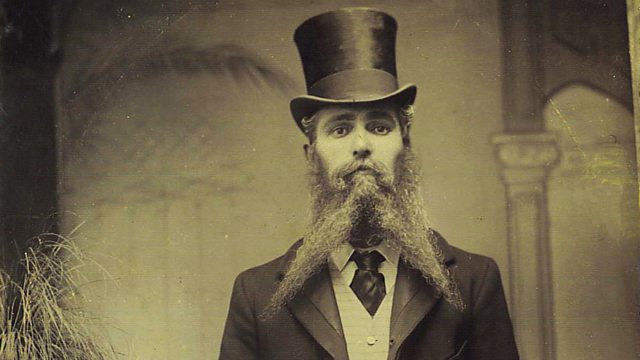 Matthew Sweet tries to separate out the clichés from the reality when it comes to male masculinity in 2016 with the director of the forthcoming Being A Man festival at London's Southbank and Josh Appignanesi and Devorah Baum, the husband and wife team behind a new documentary that charts the emotional turmoil of childbirth on a man reluctant to grow up.

Plus, Matthew travels to the Florence Nightingale Museum in London to meet New Generation Thinker and historian of beards, Alun Withey, who reveals why the current craze for male facial hair is not a patch on the Victorian age.

And do you think you're a good listener? Do you think you're being listened to? In a year of political upheaval that's rapidly reshaping a new world order, the head of the Government's 'nudge unit' David Halpern, and communications professor Jim Macnamara, consider the importance of listening when it comes to a functioning democracy.

The New Man by Josh Appignanesi and Devorah Baum is in selected cinemas.
Being a Man runs at London's Southbank centre from November 25th - 27th
Florence Nightingale Museum: The Age of the Beard: Putting on a Brave Face in Victorian Britain, runs from 18th November 2016 to 30th.
Jim Macnamara is the author of Organizational Listening: The Missing Essential in Public Communication. He is conducting a public lecture, The Lost Art of Listening: the missing key to democratic and civil society participation, on Wednesday 23rd November at the London School of Economics.

Being Human: What the Archives Reveal