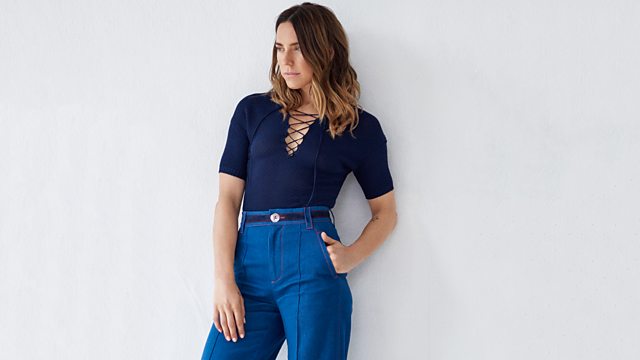 Melanie Chisholm, otherwise known as Melanie C, is a singer and songwriter. Formerly one of the Spice Girls, she went solo in 1999 and has enjoyed two number one singles and released four albums. In 2004 she launched her own label, Red Girl Records. She has also starred in musical theatre including Jesus Christ Superstar and Blood Brothers, for which she was nominated for an Olivier Award. Melanie C is touring the UK in 2017 and her new album, Version of Me, is released on Red Girl Records.

John McAvoy is a former prisoner who is now a long-distance triathlete. Born into a family which was no stranger to crime, his uncle was a member of the Brink's-Mat robbery gang, John served two prison sentences for armed robbery and conspiracy to commit armed robbery before he was 30. In prison he discovered the indoor rowing machine and turned his back on his criminal past. After his release he competed in Ironman competitions, reaching times close to the world record of 7 hr 45 minutes, and is hoping to turn professional. Redemption - From Iron Bars to Ironman by John McAvoy with Mark Turley is published by Pitch Publishing.

Howard Webb MBE followed his referee father into football at the age of 18, becoming a Premier League referee in 2003. He went on to take charge of some of the biggest matches in the footballing calender including the FA Cup final, the Champions League final and the 2010 World Cup Final in South Africa. In his memoir, Man in the Middle, he reveals what it is like to be at the heart of the action in the modern-day game and how he dealt with the most challenging situations from receiving death threats to dealings with elite managers and players. Man in the Middle is published by Simon and Schuster.

Douglas Hodge is an award-winning actor as well as a director, singer and composer. He is performing in New Songs 4 New Shows - a gala night taster for the musicals of tomorrow. The event features four individual shows and Douglas appears in Wigmaker for which he wrote the music and lyrics. He started out at the National Youth Theatre and recently played Willy Wonka in Charlie and the Chocolate Factory. Other work includes Albin in La Cage aux Folles which won him a Tony Award for Best Actor and for ten years he worked almost exclusively with Harold Pinter as both actor and director. New Songs 4 New Shows is at the Lyric Theatre, London.