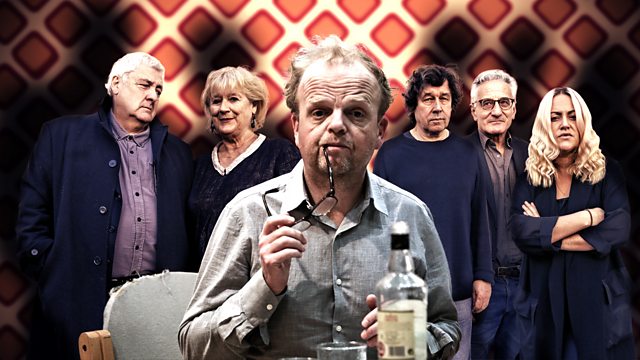 The Birthday Party by Harold Pinter
Stanley, an erstwhile pianist lives in a dingy seaside boarding house run by Meg and Petey. He is comfortable there, like a surrogate son. Two sinister strangers turn up - Goldberg and McCann. They claim to know him from the past. They turn Stanley's birthday party into a menacing and terrifying encounter. Franz Kafka meets Donald McGill in Pinter’s iconic comedy of menace.

An Irishman and a Jew walk into a seaside boarding house. And what? A parable about power and persecution? Or maybe it's marginalised minorities taking their revenge against seedy Albion? Pinter's slippery and sly black comedy has a huge resonance for today.

Harold Pinter was one of the writers championed by the Third Programme – and in the late 1950s commissioned one of his early plays before he had his first stage hit. Pinter himself acknowledged the role the Third had had in his own cultural education. For the 70th anniversary, Drama on 3 presents a new production of The Birthday Party, now considered a Pinter classic, but which on its first London opening only lasted a week.