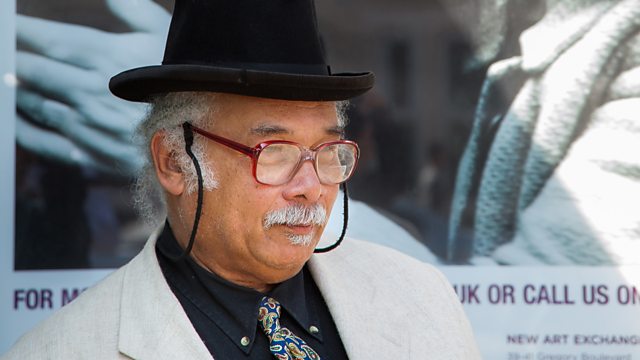 Michael Berkeley's guest is photographer Charlie Phillips. His musical choices include Verdi, Puccini and Dave Brubeck as well as a rarely performed opera by Scott Joplin.

Charlie Phillips is a Jamaican-born photographer whose work has been exhibited across the world, and is part of the permanent collections of The Tate and the V&A. He's best known for his photographs of the area of London where he arrived to live as a boy: Notting Hill. His images are full of the atmosphere of Notting Hill in the late 50s and 60s: slum housing, market traders, churchgoers, children playing on the streets - and they're now valued as a unique record of the experience of that Windrush Generation. Later in the sixties, Charlie Phillips photographed the student protests in Paris, pop festivals and rock stars, while making a living as a paparazzo, chasing Elizabeth Taylor around. Simon Schama has described him as a "Visual Poet - chronicler, champion, witness of a gone world - one of Britain's great photo-journalists."

But Charlie Phillips didn't set out to be a photographer; instead, he wanted to be an opera singer, and during his time as a paparazzo in Milan he achieved his ambition, singing from the stage of La Scala in Verdi's Chorus of the Hebrew Slaves.

In Private Passions Charlie Phillips talks about his passion for opera, and about the racism he encountered when he first arrived in Britain. And although Charlie Phillips has now left West London, he goes back to Notting Hill almost every day - he can't afford to live there any more, but it's where he feels most at home.

Musical Choices include Verdi, Puccini, Dave Brubeck, and a rarely-performed opera by the African-American composer Scott Joplin, about the importance of education in the black community. Phillips also loves hymns and chooses "How Great Thou Art", a rousing evangelical hymn he has planned for his own funeral.

See all clips from Charlie Phillips (3)