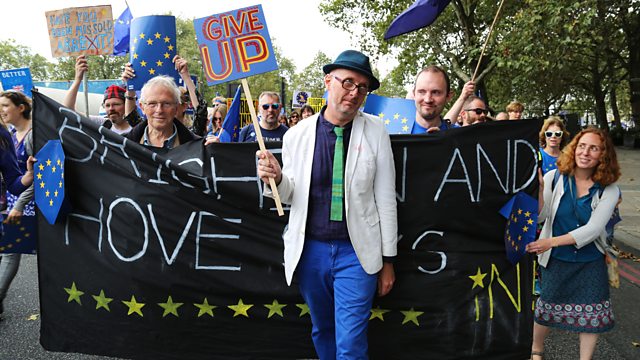 In recent years, Bob and Roberta Smith had begun to lose faith in protest but suddenly it's all the rage. Bob sets out to discover what's getting everyone so angry.

Bob and Roberta Smith, an artist known for eye-catching placards with slogans like 'Make Art Not War', has for years waged his own eccentric political campaigns. In recent years, he'd begun to lose faith in protest but suddenly it's all the rage. From the Brexit vote to Black Lives Matter it seems the world is reclaiming its right to protest. In this film, Bob sets out to discover what's getting everyone so angry in a wry, opinionated and passionate investigation into our age of activism.

From dramatic scenes at the Republican National Convention just days after the killing of three police officers, to taking tea with pensioners fighting fracking in Yorkshire, Bob travels among this international protest movement, asking whether occupations, direct action and endless marches ever actually achieve anything. Or whether the social media revolution is transforming modern protest and the way our democracy works.

Along the way, Bob meets an eclectic mix of experts to help him make sense of it all, among them Noam Chomsky and British philosopher Roger Scruton. He talks protest songs with Billy Bragg, seeks sage advice from the latest celebrity protestor, anti-fracking activist, Bez, and gets involved in some grass roots activism, trying to help the village of Newnham save their pub.

See all clips from Bob and Roberta's Excellent Protest Adventure (2)