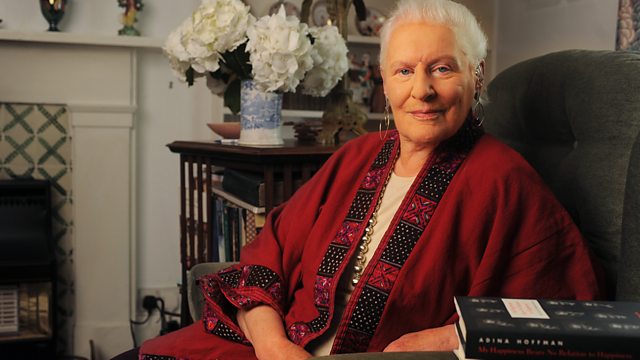 Writer Diana Athill discusses travel, her 99th birthday and her new love for reading the sports pages. Which women are likely to be included in Trump's cabinet?

Which women are likely to be included in the US President-elect's cabinet? Jane is joined by Kelly Dittmar, Assistant Research Professor at the Centre for American Women and Politics at Rutgers University and Stacy Hilliard, Chair of American Voices International.

In August 1946 Diana Athill travelled to Florence by the Golden Arrow train for a two-week holiday with her cousin Pen. Almost 70 years later she has published a recently discovered diary of the trip. Diana talks to Jane about the changing nature of travel, whether approaching one's 99th birth should be considered an achievement, and why she has recently become an avid follower of Chelsea Football Club.

Psychotherapist Alan Corbett has written a book about what he calls 'the invisible men', men who have experienced sexual trauma, either in childhood or in adult life.
He talks to Jane about why so few men are able to reveal the awful experiences they've endured, the toxic effects of sexual abuse not only on male survivors but on partners and children as well, and the difference long term therapy can make for some men.

Alice Sara Ott is a prodigiously talented German-Japanese classical pianist who plays barefoot. She has a new album, Wonderland in which she takes the listener into the world of mountain trolls and elves, hills and fjords through a selection of Grieg's works. Alice will be playing March of the Trolls live in the studio.

You can find information  and support at  www.survivorsuk.org