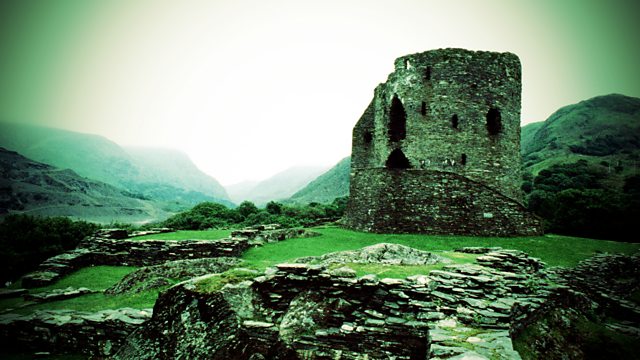 The Essay The Mabinogion Revisited
Episode 5 of 5

Horatio Clare reflects on the 12th-century tale of Lludd and Llefelys from the Mabinogion and discusses its timely themes of immigration, conflict, borders and exile.

The Mabinogion is to Welsh mythology what the Iliad and the Odyssey are to Greek mythology. So why aren't they more well known in these islands?Horatio Clare reflects on the 12th-century tale of Lludd and Llefelys from the Mabinogion and discusses its timely themes of immigration, conflict, borders and exile.

Internationally recognized as the world's finest arc of Celtic mythology, the tales in the four 'Branches' which make up the Mabinogion reveal an ancient world of gods and monsters, heroes, kings and quests. They tell tales that stretch far beyond the boundaries of contemporary Wales, and although well known in Wales today, these stories are not familiar to those in other parts of Britain. They bring us Celtic mythology, a history of the Island of Britain seen through the eyes of medieval Wales. They also include the first appearance in literature of King Arthur. There is enchantment and shape-shifting, conflict, peacemaking, love and betrayal: stories of such colour and wonderment that even those who are not familiar with them will find universal appeal. There's Gwydion the shape-shifter, who can create a woman out of flowers; Math the magician whose feet must lie in the lap of a virgin; of hanging a pregnant mouse and hunting a magical boar. Dragons, witches, and giants live alongside kings and heroes, and quests of honour, revenge, and love are set against the backdrop of a country struggling to retain its independence. A wife conjured out of flowers is punished for unfaithfulness by being turned into an owl, Arthur and his knights chase a magical wild boar and its piglets from Ireland, across south Wales to Cornwall, and a prince changes places with the king of the underworld for a year.

By weaving contemporary themes into these ancient tales, these essays re-invest the tales with the power of performance they originally commanded.

Jon Gower on the Role of Nature—The Mabinogion Revisited