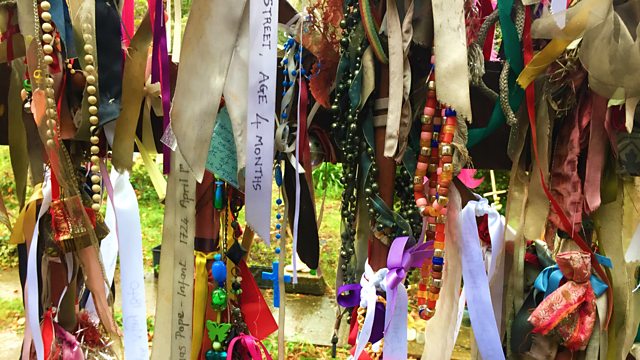 Being Human: What the Archives Reveal

Matthew Sweet visits little-known locations in London to meet researchers working on the London Survey, the National Archives at Kew, a cemetery and a hut used by Anzac soldiers.

Matthew Sweet visits little known locations in London to meet researchers drawing on archives of the past to cast new light on the present.
The Cross Bones Graveyard in Southwark was used in the Middle Ages to bury sex workers and others living on the fringes of respectable society. We visit the site with Sondra Hausner, an anthropologist of religion who's studied modern practices for memorializing the women buried at the site.
Vicky Iglikowski and Rowena Hillel are researchers at the National Archives at Kew investigating records that shed light on LGBT history in the Capital. We'll leaf through the records to see what they've uncovered.
New Generation Thinker Naomi Paxton and her colleague Ailsa Grant Ferguson have identified a moment when Shakespeare, radical politics, and the roots of the National Theatre all converged, in a building in Bloomsbury used to house Anzac soldiers during the First World War.
And we join Peter Guillery, an editor of the Survey of London, to investigate the work of this ongoing project to document the streets of London in all their complexity.
Part of a week of programmes on BBC Radio 3 focusing on new research. The Being Human Festival which takes place at universities across the UK from November 17th - 25th will feature events linked to these research projects. Both this and the New Generation Thinkers scheme are supported by the Arts and Humanities Research Council.