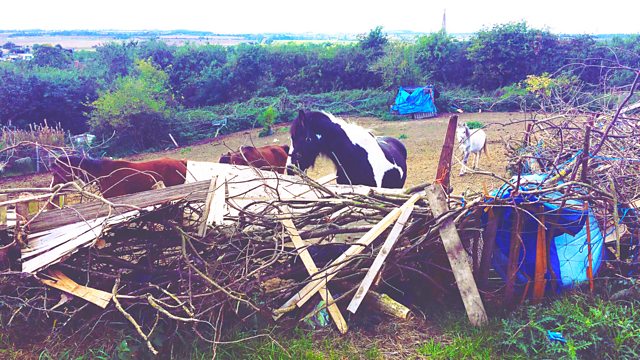 By Amanda Whittington. Skye has to make sure Dexter eats a good breakfast, but there's no milk. Again. And Mum hasn't got a pound. So it's cornflakes with water. Again.

Skye and Dexter are back in this heart-breaking, heart-warming and award-winning serial, one of the highlights of the BBC Children in Need Appeal on Radio 4.

Skye knows Dexter needs a proper breakfast, but there's no milk and Mum hasn't got a pound. So it's cornflakes with water, again. Or toast. With no spread.

Skye is thirteen, and she's growing up. Dexter's four. They live in Gainsborough in Lincolnshire. They've been back with Mum, Jak, for a while now, because she doesn't drink any more, except loads of coffee and coke. Jak doesn't cook either, and she's never hungry. The only thing Skye misses about school is the free dinners, but she doesn't go very often because she likes to keep an eye on Dexter. Sometimes she thinks about the time they were in foster care. The foster carers were really annoying but they were always cooking. And Dexter was always eating.

Then Jak announces she's having a night out. She's going to the Psychic Supper at the Centre. Skye doesn't care what the spirits will say but she'd like to know what's for supper.

This year's story was developed with the help of Can Cook, an organisation that receives funding for specific projects from BBC Children in Need.