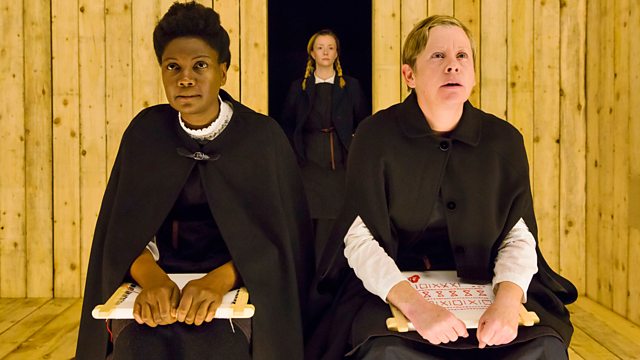 The Sewing Group at the Royal Court, Stef Penney

Earlier this month Dr Waney Squier, consultant paediatric neuropathologist, won a High Court appeal and was reinstated having been struck off in March over evidence she gave as an expert witness for the defence in so-called shaken baby syndrome (SBS) cases. Dr Squier disputes the existence of Shaken Baby Syndrome, otherwise known as Non Accidental Head Injury, a controversial diagnosis that causes about 250 criminal and family court cases each year. While she will now once again be able to practice clinically, she will not be not able to act as an expert witness for the next three years. Alison Holt, BBC Social Affairs Correspondent, discusses Dr Waney Squier, the Syndrome and medical views surrounding it.

Stef Penney's new novel, Under A Pole Star, follows the life of Flora Mackie, a whaler's daughter from Dundee in the nineteenth century. Stef Penney talks to Jenni about her fascination with the landscape of the far north, the dark side of the 'golden age' of exploration, the hurdles a woman faced in the male-dominated world of the late 19th century and why, as one reviewer said, she chose to apply the same forensic scrutiny to sex as she does to an icescape.

Chartered engineer Clare Lavelle has won The Women's Engineering Society prestigious Karen Burt Award. The annual award for newly chartered women engineers recognises excellence and potential in the practice of engineering. During her career, Clare has worked on major projects in the energy sector, including the development of the world's first commercial wave farms.

'The Sewing Group' is a new play at the Royal Court that appears to explore life for a woman starting to live in a community in pre-industrial England. Playwright, Emma Crowe, unravels a story where all is not as simple as it seems and the locals grow increasingly suspicious of the newcomer.