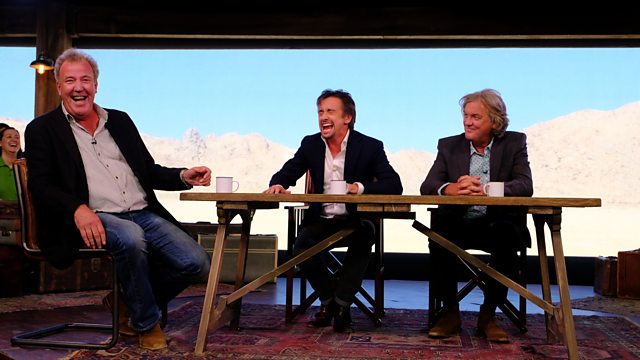 Steve Hewlett is joined by Andy Wilman, Executive Producer of 'The Grand Tour' to discuss Clarkson, Hammond and May and the new show for Amazon Prime.

The BBC has outlined its expansion plans for the government's £289m investment in the BBC World Service. Director of the World Service Fran Unsworth explains what the plans mean for the BBC.

And, following the election result that much of the mainstream print media in the USA did not think possible, David Folkenflik, Media Correspondent for National Public Radio joins us to assess where next for political journalism.

'The Grand Tour' is available on Amazon Prime from Friday 18th November 2016.

How the media reported on Trump, TV advertising, Sound Women