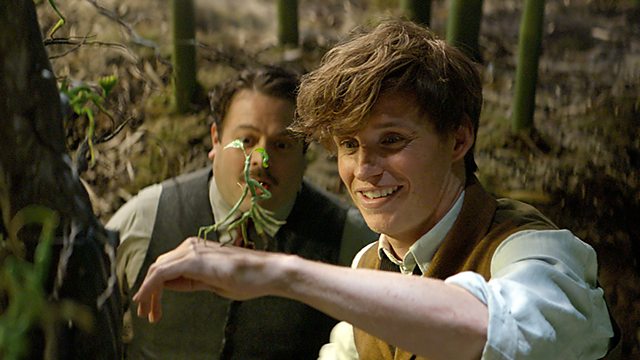 Fantastic Beasts and Where to Find Them marks the screenwriting debut of Harry Potter author JK Rowling. The film tells the tale of magizoologist Newt Scamandar and his menagerie of fantastical creatures which are accidentally set free in 1920s New York, a place riven with political turmoil and persecution of the magical community. Producer David Heyman, who produced all eight of the Harry Potter films, and director David Yates, who helmed the final four of the franchise, discuss the latest instalment from the Potter universe.

Divines, the debut movie from female French director Houda Benyamina won the Caméra d'Or at Cannes this year. Ginette Vincendeau reviews the drama that, 20 years after La Haine, takes place in a rough Parisian housing estate and focuses on the women's experience of drugs, power, crime and religion.

It's almost 40 years since the Sex Pistol's released their landmark album Anarchy in the UK. The band's guitarist Steve Jones discusses his new autobiography Lonely Boy, which charts how punk gave him - a petty thief - a purpose.

The Children's Laureate, Chris Riddell talks about why he, along with all eight of his predecessors, has sent a letter to education secretary Justine Greening protesting the undermining of school library services and the loss of specialist librarians.

And, as the moon comes closer to earth than it has in a lifetime, a recording of Ted Hughes reading his great poem about seeing the full moon.

Fantastic Beasts and Where to Find Them

Fantastic Beasts and Where to Find Them is in UK cinemas from 18 November 2016, certificate 12A.

Main image above: Dan Fogler as Jacob (Left) and Eddie Redmayne as Newt with a beast called a Bowtruckle.

Steve Jones' memoire, Lonely Boy:Tales from a Sex Pistol is published on 17 November 2016, in hardback and as an ebook.

The film Divines, certificate 15, is available to stream on Netflix from 18 November 2016.