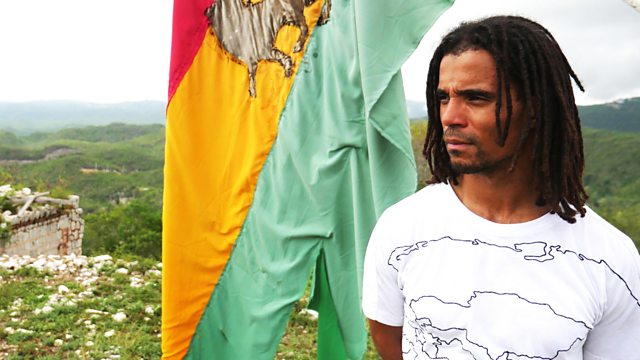 British rapper and poet Akala tells the story of roots reggae, when a group of Jamaican musicians took songs of Rastafari, revolution and hope to the international stage.

In the 1970s, Jamaica came alive to the sounds of roots reggae. British rapper, poet and political commentator Akala tells the story of this golden period in the island's musical history, a time when a small group of musicians took songs of Rastafari, revolution and hope to the international stage.

Growing up in London, Akala's family immersed him in roots reggae from an early age so he has a very personal connection to the culture. It has informed his own songwriting, poetry and political worldview, but it's an upbringing that he now feels he's taken for granted.

In this documentary, Akala sets out to find out more about the music that has had such an impact on his life. He begins by exploring the music's origins in Jamaica, where it offered hope to ordinary people at a time when poverty, political violence and turmoil were ravaging the island. Artists like Bob Marley, Big Youth and Burning Spear began to write about suffering and salvation through Rastafari in their songs. Akala unpicks how all of this evolved.

Back in the UK, Akala reveals how the Jamaican artists and our own British roots reggae bands like Steel Pulse became a cultural lifeline for young black people who were experiencing racism and rejection in their own country. He shows how roots reggae also related to a wider audience, its revolutionary message connecting with an increasingly marginalised UK youth.