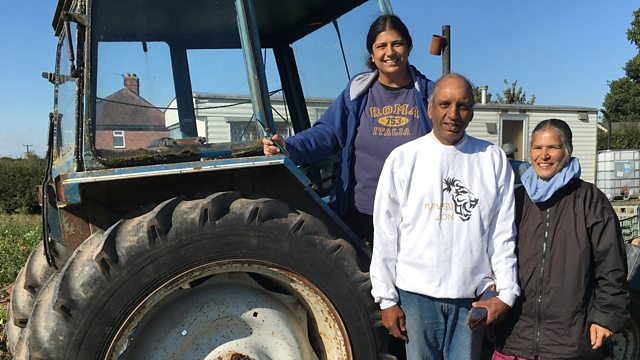 Sybil Ruscoe meets the Chahal family, whose retirement dream of starting a vineyard has resulted in international awards.

When the Chahal family bought 10 acres of land in Shropshire they originally planned an orchard but advisors told them the soil was better suited for grape vines. After planting and maturing, even early harvests have won the family awards at international level.
Sybil Ruscoe meets the family as they set about the harvest of their nine varieties and take the grapes to be transformed into wine. She learns the skills of picking - and tasting - but also how the venture has brought the family closer together. For the parents, a retirement venture has taken them from factory work in West Bromwich back to their agricultural roots in the Punjab. For the children, harvest time means balancing full-time jobs with working the land.