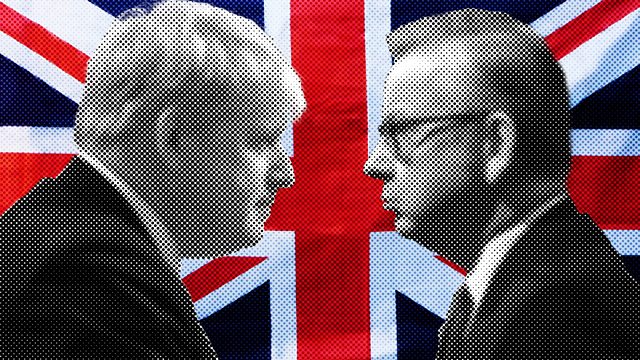 The story of one of the greatest political dramas of the age stars Alistair McGowan as Boris Johnson. Gove and Johnson snatch leadership defeat from the jaws of Brexit victory.

The story of one of the greatest political dramas of the age, staring Alistair McGowan as Boris Johnson and Luke Kempner as Michael Gove.

"The last thing I want," David Cameron said, "is for this to become some kind of Tory psycho-drama..."

David Morley's play is a lively tale of hubris, ambition and betrayal between two old friends. Very different characters who are driven apart by events and their own weaknesses.

The story spans the period from February to the end of June 2016 - from Boris Johnson's conversion to Leave, to his announcement that he will not stand for the Conservative leadership. Drawing on a range of sources and accounts - not always all in complete agreement - the play explores how Johnson and Gove might have managed to snatch personal defeat from the jaws of a collective triumph.