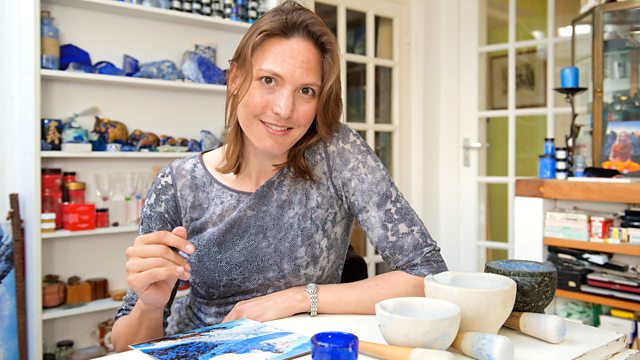 Physicist and oceanographer Helen Czerski studies the bubbles underneath breaking waves and their effects on weather and climate. In her book, Storm in a Teacup, she explains how the same scientific principles behind the little everyday things we see all around us link to some of the most important science and technology of our time because the patterns of physics are universal. She argues that knowing some of the basic principles of physics gives us a new way of looking at and being in the world that surrounds us. Storm in a Teacup - The Physics of Everyday Life by Helen Czerski is published by Bantam Press.

Paapa Essiedu is an actor who plays Edmund in the Royal Shakespeare Company's production of King Lear, opposite Antony Sher's Lear. He was on course to study medicine when he decided to change direction and follow his true passion to study drama. His first job was a minor role in the Merry Wives of Windsor for the RSC but he made waves when he stepped up to play Edmund opposite Simon Russell Beale's Lear when the actor he was understudying lost his voice. Last year Paapa played the RSC's first black Hamlet, drawing on his background growing up in London and the cultural references of his Ghanaian family. King Lear is at the Barbican, London.

Jim Richards has been a gold prospector, miner and geologist and is currently a mining executive in Australia, working on graphene and sustainable energy. A former geology student and officer in the British Army, he gave up a promising career to pursue his dream of mining for gold in Brazil. In his book, Gold Rush, he recounts tales of piranha-infested rivers in South America, blazing deserts in Australia, the war-torn jungles of Laos, and how his passion cost him numerous relationships and money. Gold Rush - How I found, Lost and Made a Fortune is published by September Publishing.

Odaline de la Martinez is a Cuban-American composer and conductor and was the first woman to conduct at the BBC Proms in 1984. She established the London Festival of American Music ten years ago to promote the work of established American composers who were less well known to UK audiences. She also founded her ensemble Lontano which champions new music and celebrates its 40th anniversary this year. The London Festival of American Music is at The Warehouse, London.