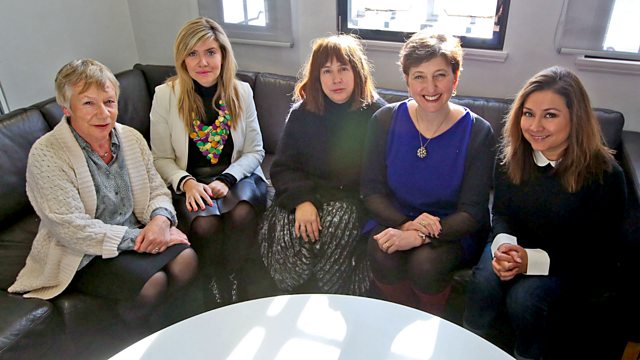 The 2016 Power List Judges begin the daunting task of deciding which seven women have the made the biggest impact on women's lives over the past seven decades.

For the first time we hear from the 2016 Power List Judges who begin the daunting task of deciding which seven women have made the biggest impact on women's lives over the past seven decades.

Fadumo Dayib who lives in Finland, is the first woman ever to run for president in Somalia. Fadumo was born in Kenya, the daughter of Somali parents. As a child, her family was deported back to Somalia, but when civil war broke out in 1990 when she was aged 18, she moved to Finland. She went on to earn a masters degree in health care and public health and to work with the United Nations. Fadumo talks to Jane about her hopes to return to Somalia to end the killing and corruption, despite her aim bringing her death threats.

Irish-Canadian novelist Anakana Schofield talks to Jane about her much acclaimed second novel, Martin John, in which she skilfully enters into the mind of a compulsive sex offender. Martin John is on the shortlist of the 2016 Goldsmiths Prize. The winner will be announced on Wednesday 9th November.