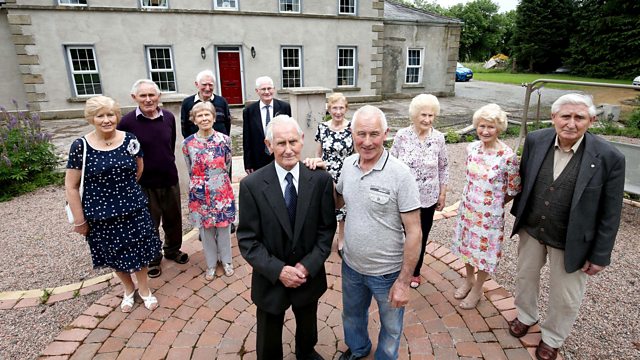 Documentary following the Donnelly family from County Armagh, thought to be the oldest group of siblings in the world, with a collective age of 1,064 years.

The Donnelly family from rural County Armagh are thought to be the oldest group of siblings in the world, collectively they add up to an incredible 1,064 years. In a film that looks at what it means to grow older in today's society, we follow the family as they attempt to get a world record.

Sadly, before being able to complete his world record journey, Austin passed away earlier this year. His twin Leo, has taken up the mantle to complete the family's world record attempt in his brother's honour. Following Leo's efforts, the film weaves a stunning portrait of a large family from rural Northern Ireland growing up in the most turbulent of times. Incredible family archive helps to bring to life personal recollections and experiences. The Donnellys, in all their years, are our guides through a magical historical journey, with they themselves at the centre of it.

Orkney: When the Boat Comes In—Series 1