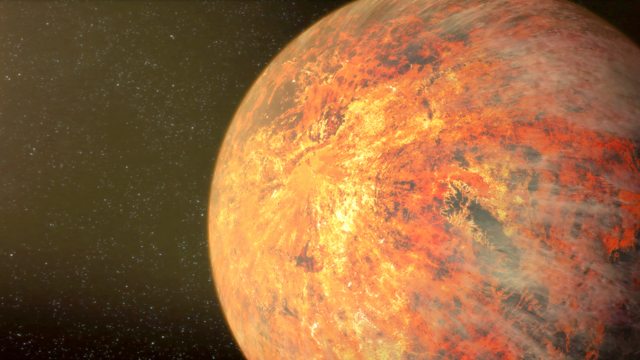 The Wildest Weather in the Universe

Series exploring topical scientific issues. A look at the fledgling field of extra-terrestrial meteorology, as technology allows astronomers to study other planets in new ways.

We love talking about the weather - is it too hot or too cold, too wet or too windy? It's a national obsession. Now scientists have started looking to the heavens and wondering what the weather might be like on other planets. Today, we are witnessing the birth of extra-terrestrial meteorology, as technology is allowing astronomers to study other planets like never before. They began with our solar system, sending spacecraft to explore its furthest reaches, and now the latest telescopes are enabling astronomers to study planets beyond our solar system.

Our exploration of the universe is revealing alien worlds with weather stranger than anyone could ever have imagined - we've discovered gigantic storm systems that can encircle entire planets, supersonic winds, extreme temperatures and bizarre forms of rain. On some planets, the temperatures are so hot that the clouds and rain are believed to be made of liquid lava droplets, and on other planets it is thought to rain precious stones like diamonds and rubies.

We thought we had extreme weather on Earth, but it turns out that it is nothing compared to what's out there. The search for the weirdest weather in the universe is only just beginning.