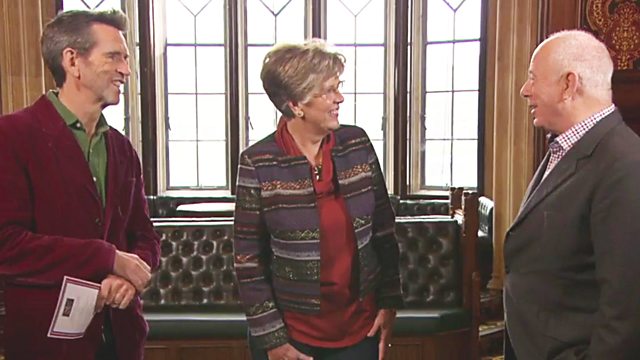 Creative culinary competition. The winning chefs arrive at the Palace of Westminster to cook for the banquet of great Britons.

Great British Menu's winning chefs arrive at the Palace of Westminster to cook for the banquet of great Britons.

The chefs have been selected because their dishes showcase contemporary British cuisine and demonstrate the transformation in British food during the Queen's historic reign.

The banquet guests include individuals from across the UK who have been honoured for their work for charity, for their community, or for their country.

They include military hero Johnson Beharry VC, headteacher Kamal Hanif OBE, charity fundraiser Lynne McNicoll OBE, Anna Kennedy, honoured for her work for children with autism, 18-year-old Louise Greer, who campaigns for riding for the disabled, RNLI volunteers, food producers and women such as Justice Williams and Zoe Jackson who have received honours for their work with young people.

As the banquet is served, the chefs show just why they are amongst the best in the country, pulling off four stunning courses that leave the guests overwhelmed and delighted. 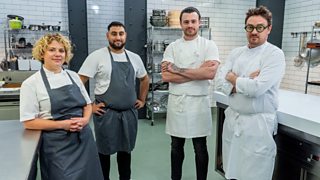