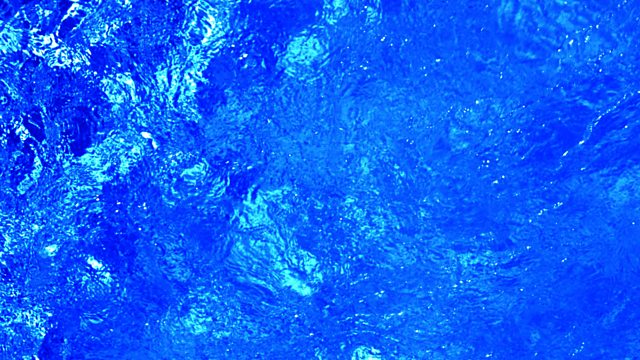 The mind of Chris Morris leaks onto radio in this dreamlike combination of comedy and music. With Julia Davis, Kevin Eldon, Sally Phillips and Mark Heap.

Are you still lying curare-still, seeking relief in feigning dead? Then welcome, oo-tazz welcome. Chris Morris is here to help you wallow in the melancholy, for third and final series of this subversive radio classic.

Immediately prior to Blue Jam's initial burst on radio, Chris Morris had caused a furore with Channel 4's Brass Eye. Yet Blue Jam managed to be a total departure from his previous work. Originally airing in the early hours on BBC Radio 1, it's a blend of ambient music, deadpan (sometimes brutal) sketches and offbeat monologues. A whole audio landscape of the subconscious, the ad-hoc low-fi sheen of production lending it a kind of verisimilitude.

In sharp contrast with the personality-led comedies of recent years, Blue Jam makes a virtue of anonymity. Borat scribe Pater Baynham and Father Ted creator Graham Linehan are among the writers. Rightly winning a clutch of Sony Radio Awards, it remains unique - nothing before or after was remotely like it.

See all episodes from Blue Jam