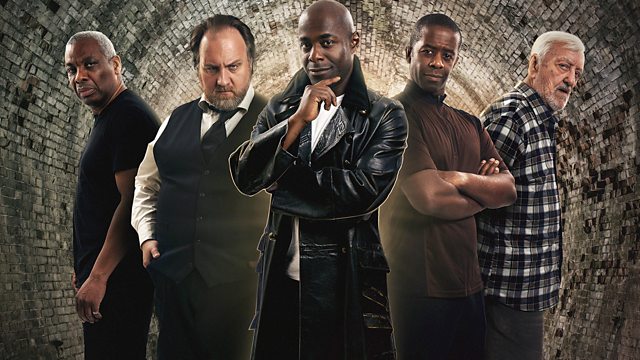 How the Marquis Got His Coat Back

The Marquis de Carabas has lost his coat - but getting it back brings him face to face with an old enemy and sees him forced to accept help from someone rather close to home.

It is beautiful. It is remarkable. It is unique. It is the colour of a wet street at midnight, and, more important than any of these things, it has Style.

The Marquis de Carabas has been having a rather stressful time of it. Being killed by the villainous duo Vandemar and Croup, having his body sold by the sewer people, and brought back to life with the aid of Old Bailey is enough to test the endurance of most people. But as if that isn't bad enough, the Marquis has lost his coat. It's not just any old coat. It is mysterious and unique and makes him the man he is. And he wants it back.
Neil Gaiman takes us back to the London Below of 'Neverwhere' in this new adventure as we accompany the Marquis on his quest to discover who has his coat - and, most importantly of all - to get his coat back. As he travels through the tunnels and sewers of subterranean London the Marquis encounters some of the most dangerous and treacherous inhabitants of London Below, comes face to face with an old enemy, and - worst of all - is forced to accept help from someone very close to home .

Adapted by Dirk Maggs from the story by Neil Gaiman, 'How the Marquis Got his Coat Back' sees Paterson Joseph once again don the coat of the Marquis de Carabas which he first wore twenty years ago in the 1996 BBC TV dramatisation of 'Neverwhere'. He is joined by Adrian Lester (Undercover, Hustle), Don Warrington (Death in Paradise, Rising Damp), Mitch Benn (Good Omens, The Now Show) and Divian Ladwah (Detectorists) while Bernard Cribbins reprises his role of Old Bailey from the Radio 4 production of 'Neverwhere'.

The Thrill of Love