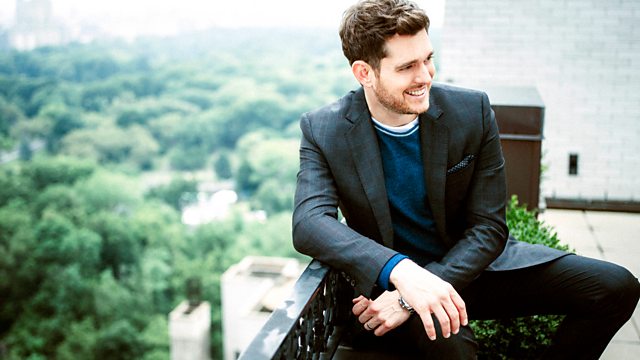 Kirsty Young's castaway is the singer, Michael Bublé. Born in Burnaby, British Columbia, as a young boy he spent hours listening to his grandfather's record collection which featured the stars of the Great American songbook - Frank Sinatra, Dean Martin and Ella Fitzgerald. At sixteen he was singing at venues often in exchange for the free plumbing services his grandad offered to get him on stage. But it took ten years of plugging away at restaurants, clubs, and corporate gigs before he met David Foster, a music producer at Warner Brothers.

His released his first eponymous debut album in 2003. Since then he has won four Grammy Awards and sold 55 million records. He is married to Argentinian actress Luisana Lopilato and they have two young sons.

See all clips from Michael Bublé (2)