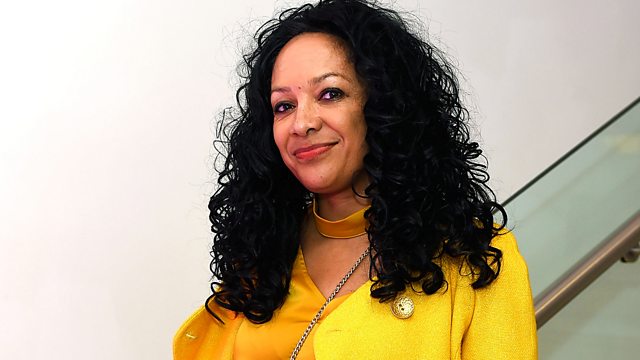 In the 21st year of the of the MOBO Awards, founder Kanya King on what they've achieved and why they're still relevant.

In the 21st year of the of the MOBO Awards, founder Kanya King on what they've achieved and why they're still relevant.

Dr Jessica Farren of Tommy's National Miscarriage Research Centre at Imperial College London on her new research into miscarriage, ectopic pregnancy and PTSD. The research is published in the journal BMJ Open.

On the 80th anniversary of the start of BBC TV, historian, Dr Kate Murphy talks about about Mary Adams, the first and only woman television producer at the corporation before the war.

Why do some some women experience more flatulence as they get older? Anton Emmanuel, Consultant gastroenterology and spokesperson for the British Society of Gastroenterology, explains.

A Pacifist's Guide to the War on Cancer, Sali Hughes, Autism, Power List

Information and Advice on Miscarriage and Ectopic Pregnancy