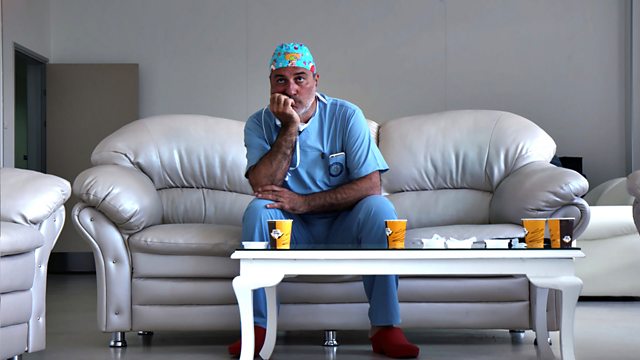 Storyville Fatal Experiments: The Downfall of a Supersurgeon
Episode 1 of 3

Series looking at pioneering synthetic organ surgeon Paolo Macchiarini, who has been accused of using terminally ill patients as human guinea pigs and falsifying his science.

Paolo Macchiarini is one of world's most famous surgeons. He hopes to revolutionize medicine by creating a new type of synthetic organ - a vision that could save many lives. But the Italian surgeon has also been accused of using terminally ill patients as human guinea pigs as well as falsifying his science. Is he a genius - or is he behind one of medicine's biggest scandals?

This gripping investigative series gains access to Macchiarini's closed world of organ transplants, animal experiments and stem-cell research. From his base at one of the world's most prestigious medical institutions - the Karolinska Institute, home of the Nobel Prize in Stockholm, Sweden - the series explores the fallout from his work across the world, from London to Russia. It poses a fundamental ethical question - how far can you risk a human life in the name of cutting-edge science?

Part 2—Fatal Experiments: The Downfall of a Supersurgeon