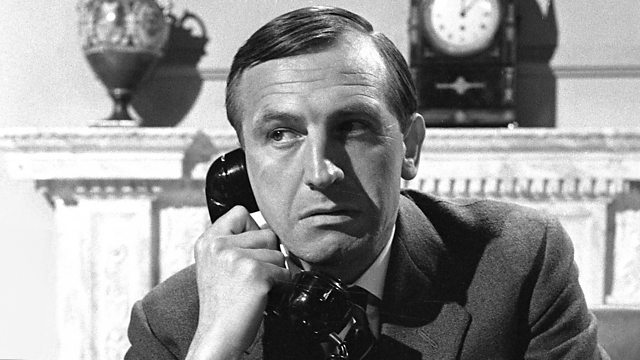 Scheming Fred Midway will do whatever it takes to hang on to his respectable position in suburbia. Stars Leonard Rossiter.

Midland householder, Fred Midway lives with his family in a semi-detached house in a leafy suburb of Dowlihull. But when his carefully maintained world threatens to disintegrate about him, the scheming suburbanite will do whatever it takes to hang on to his respectable position...

David Turner's play premiered at Coventry's Belgrade Theatre in June 1962 with Leonard Rossiter in the lead role. It transferred to London with Laurence Olivier replacing Rossiter and arrived on Broadway in New York in 1963. The 1970 film version 'All the Way Up' starred Richard Briers and Warren Mitchell. The play was revived at the 1999 Chichester Festival.

Adapted for radio by the author.

Produced by Hugh Stewart in the BBC Midland studios.

First broadcast in the 'Repertory in Britain' series on the BBC Home Service in 1964.