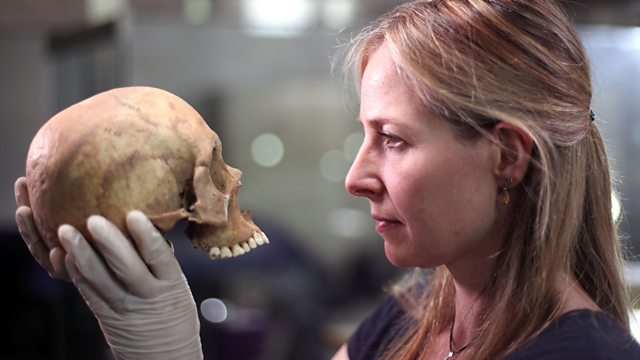 The Greatest Tomb on Earth: Secrets of Ancient China

Dan Snow, Professor Alice Roberts and Dr Albert Lin investigate a series of earth-shattering discoveries at a mighty tomb guarded by the Terracotta Warriors in China.

From the depths of the greatest tomb on earth comes an epic new story that could rewrite history, revealing for the first time the true origin of one of the world's most powerful nations: China.

In this landmark film, historian Dan Snow, physical anthropologist Professor Alice Roberts and scientist and explorer Dr Albert Lin investigate a series of earth-shattering discoveries at the mighty tomb guarded by the Terracotta Warriors, a site two hundred times bigger than Egypt's Valley of the Kings and the final resting place of China's first emperor.

Mobilising the latest technology, delving into some of the oldest texts, enlisting world experts and employing forensic science, together the three reveal an explosive secret from the foundations of the Chinese empire.

See all clips from The Greatest Tomb on Earth: Secrets of Ancient China (4)