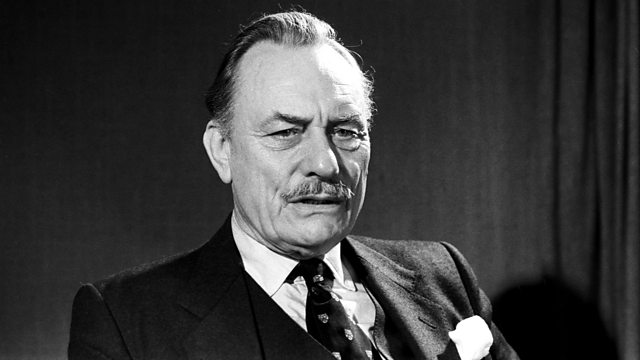 With Chris Hannan on his new Birmingham Rep play about Enoch Powell, plus James Zirin on the Supreme Court in America and two artists on how they see war. Chris Harding presents.

New Generation Thinker Chris Harding presents a discussion with writer Chris Hannan and director Roxana Silbert about a new Birmingham Rep play about Enoch Powell. Also James Zirin describes what he calls the partisan nature of the Supreme Court in America and artists Jananne Al-Ani and John Keane and curator Vivienne Jabri talk about providing an alternative to the visual language of war employed by the media.

What Shadows runs at Birmingham Rep Theatre from October 27th to November 12th and stars Ian McDiarmid playing Enoch Powell.
James Zirin's book is called Supremely Partisan: How Raw Politics Tips the Scales in the United States Supreme Court
Traces of War, curated by Vivienne Jabri, is at King's College, London until 18th December
John Keane's exhibition - If You Knew Me, If You Knew Yourself, You Would Not Kill Me - opens at Flowers Gallery, London on 4th November.

Whose Book Is it Anyway?