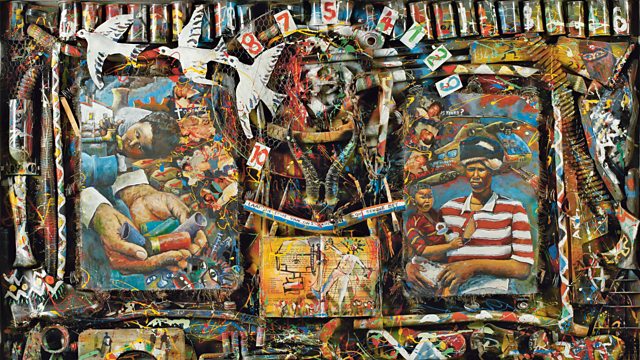 Does art have to reflect politics and history in South Africa? Is it harder to make art now than it was in the past? As exhibitions of South African art open at the British Museum and the Fruitmarket Gallery in Edinburgh and continue at London's Whitechapel Gallery, Philip Dodd discusses the challenges of creating a visual language for a country with the artists William Kentridge, Vivienne Koorland and Gavin Jantjes. Joining them is Professor and historian Stephen Chan from the School of Oriental and African Studies.

William Kentridge's production of Lulu is on at English National Opera from November 9th - 19th and is being broadcast on BBC Radio 3 in the New Year.