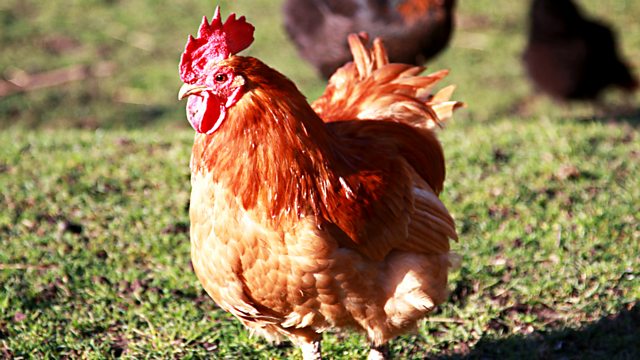 Matthew Sweet explores the legacy of traveller Richard Hakluyt as well as the significance of chickens in the anthropocene era. Plus the 2016 Man Booker Prize winner announced.

Richard Hakluyt who died on 23 November 1616 was an English writer whose writings promoted the British colonisation of North America by the English. Nandini Das talks to Matthew Sweet about Hakluyt's travels and his legacy. Alex Clark reports live from the prize ceremony for this year's Man Booker Prize. We discuss new research into the signficance of chickens in the Anthropocene and ahead of Halloween we look at the haunting writing of Shirley Jackson as a new biography of her life is published.

Hakluyt@400 events include two exhibitions: Hakluyt and Geography in Oxford 1550-1650 at Christ Church, Oxford, and The World in a Book: Hakluyt and Renaissance Discovery, at the Bodleian Library, Oxford. A two-day international conference Richard Hakluyt and the Renaissance Discovery of the World, taking place in Oxford on 24-25 November. In addition, on Sunday 27 November there will be a commemorative service in his parish at All Saints Church, Wetheringsett, Suffolk.

Shirley Jackson: A Rather Haunted Life by Ruth Frank is out now. You can find more haunting fiction over on BBC Radio 4 and 4Extra as part of Fright Night. http://www.bbc.co.uk/programmes/p03328l0.