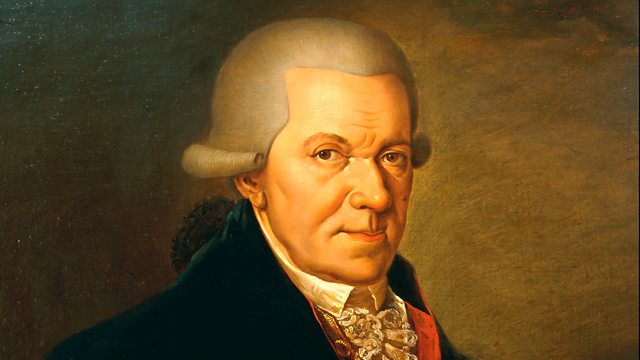 Donald Macleod explores the last years of Michael Haydn's life when, despite his reputation growing outside Salzburg, he became increasingly disappointed with his lot.

Having a world famous composer for a brother isn't easy. Despite being hugely respected in his own lifetime and thought, especially in sacred music, to be at least the equal of Franz Joseph, Michael Haydn has not been kindly dealt with by history. A modest man, comfortable in his Salzburg surrounds, Michael Haydn's lack of ambition seems to have held him back, and his works are rarely heard today. This week Donald Macleod tries to redress the balance by exploring the life and work of a composer admired and respected by Mozart, and revered by Schubert.

In today's programme, Donald focuses on the last years of Michael Haydn's life, a period when despite his reputation growing outside of Salzburg, within the city he was under-appreciated and became increasingly disappointed with his lot.