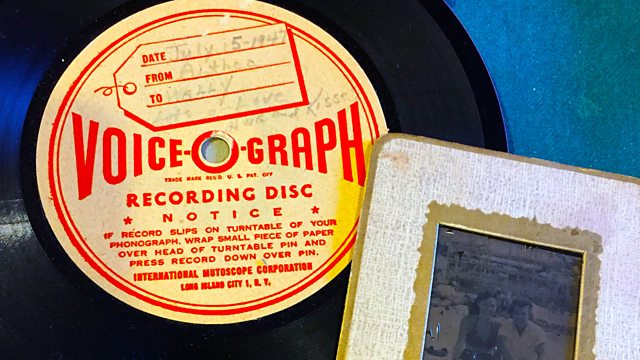 Keepsake for My Lover

If you only had a minute to say something, what would you say? Janine H. Jones enters the voice recording booth to uncover how voices from the past challenge our airbrushed world.

'Like talking on the phone but a thousand times more thrilling,' voice recording booths invite you to 'hear yourself as others hear you' by entering a weird machine to cut a record. Once a technological novelty, these recordings leave a unique legacy and a wonderful world of audio peculiarities, which serve as a vital reminder for how we communicate today.
Once a staple of seaside resorts and arcades, famously used in the films Brighton Rock and Badlands, they returned to prominence when Jack White restored a booth, on which Neil Young recorded his 2014 album. While the discs speak for themselves, the booths ask questions about us and how we choose to present ourselves to the world.
Janine H. Jones crosses the Atlantic, to meet the people who have restored these booths, to find out what's the value of putting our money where our mouth is and speaking out loud. Recording personally and for posterity, why are people in their droves returning to make a permanent record, instead of the infinitely editable yet intangible digital recordings offered by the technology in our pocket?