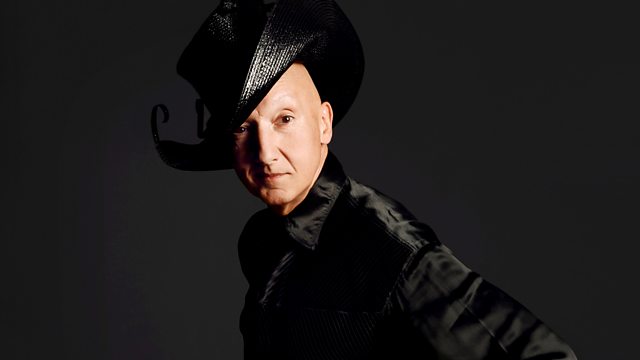 Clive Oppenheimer is professor of Volcanology at the University of Cambridge. He presents Werner Herzog's documentary Into the Inferno which is inspired by Clive's book Eruptions that Shook the World. In the film presenter and director travel to Indonesia, Iceland, Ethopia and North Korea to investigate not only the volcanoes but also the people who live with them and have created their own myths and customs around these foreboding mountains. Into the Inferno is released on Netflix.

Karen Guthrie is an artist and filmmaker. She directed the documentary The Closer We Get, a haunting portrait of her family. When her mother Ann suffered a devastating stroke in 2008 Karen returned to the family home and, along with her siblings, helped care for her. In a surprise twist her long absent father, who had been separated from Ann for years, also came back to help look after his former wife. In her film Karen shines a light on the complexities and secrets which underpin her parents' relationship. The Closer We Get is available on DVD.

Tom Marcus, who uses this pen name to protect his identity, is a former MI5 surveillance officer. In his book, Soldier Spy, he recounts how he was recruited to the service following a stint in the army which he joined at 16. The book, written with the co-operation of MI5, gives a vivid account of the life of an undercover operative tracking down those who pose a threat to our national security. Soldier Spy is published by Penguin.

Milliner Stephen Jones OBE has been creating exquisitely crafted hats for the last 40 years. His clients include rock stars and royalty - from Boy George to Diana, Princess of Wales. His book, Souvenirs, traces the origins of his creativity as a youngster growing up in Liverpool to his days at Saint Martin's School of Art, his arrival on London's street fashion scene and success on the world's catwalks. Stephen Jones: Souvenirs by Susannah Frankel and Stephen Jones is published by Rizzoli New York.