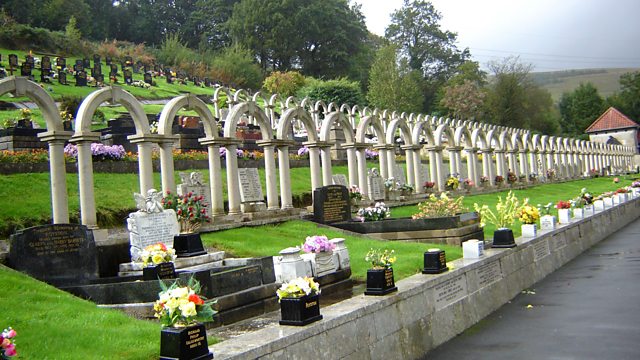 Another chance to hear a programme first broadcast in the 50th anniversary week of the Aberfan disaster. Roy Jenkins reflects on what the event did to the faith of people caught up in it.

Faith in the News

More about the programme:

This week the prestigious Sandford St. Martin Trust Awards were held at Lambeth Palace and the Radio Award went to All Things Considered for its documentary marking the 50th anniversary of the Aberfan disaster, describing it as ‘moving and beautifully crafted’.   Originally broadcast in the week of the anniversary, the programme can be heard again on BBC Radio Wales on Sunday, 11th June and is available on the BBC iPlayer.

On the morning of 21st October 1966 in the small mining village of Aberfan an avalanche of colliery waste slipped down the mountainside, swept through houses, and overwhelmed Pantglas Junior School.  It killed 144 people, 116 of them children.

In a region familiar with colliery tragedies, the disaster at Aberfan represented a peculiar horror - by its scale, and more by the ages of most of its victims.   It ripped the heart from the community, sparked huge controversy, and prompted practical support from around the world.

On the 50th anniversary week of the Aberfan disaster, Roy Jenkins reflected on what the event did to the faith of people caught up in it.  Some who found their beliefs shaken to the roots became atheists.  For others, faith became more firmly rooted and it’s shaped their lives ever since.

Taking part and sharing their stories are Gaynor Madgwick who survived but whose brother and sister died in classrooms either side of hers;  The Rev. Irving Penberthy, a Methodist minister who spent the first night of the disaster in the makeshift mortuary in Bethania Chapel staying alongside parents with the nightmare task of identifying their children;  The Rev. Derwyn Morris Jones, a Congregationalist minister who was chaplain to the Mayor of Merthyr at the time; and Janet O’Regan, born and brought up in Aberfan, who talks about the guilt felt by people who didn’t actually lose a family member but who nevertheless mourned and saw their village community change for ever.