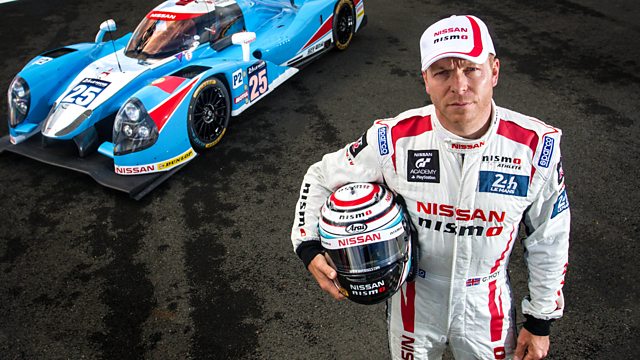 After London 2012, having become the first British Olympian to win six gold medals, track cyclist Sir Chris Hoy retired. But having spent 20 years at the top of his sport, Chris isn't about to settle for a quiet life. Instead, he swaps two wheels for four to pursue his boyhood dream of competing in the world's toughest endurance motor race, the Le Mans 24 Hours.

We follow Chris as he attempts to prove himself on the race track as he has in the velodrome. By early 2016, he is poised to join the highly successful Le Mans race team - Greaves Motorsport. But Chris's hopes of a podium finish are crushed when the team has to withdraw their car. With less than three months until race day, he finds a seat with a rookie team who have never raced at Le Mans before. Chris has to learn a new car, battle with its teething troubles and work with a team whose operation is a world away from British cycling's obsessive attention to detail.

As Le Mans 2016 begins in torrential rain, competitors are reminded of the danger - 22 drivers have died since it began in 1923 and cars crash out with frightening regularity. Can Chris's team even make it through the 24 hours? And when technical troubles flare less than an hour into the race, there is a good chance that he won't even get on the track. Will Chris and his team fail the ultimate test of man and machine?