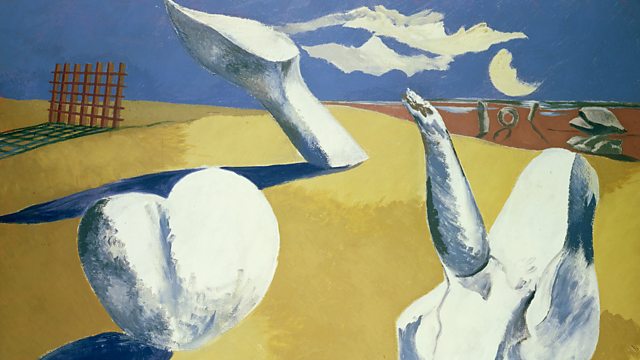 Ahead of the 60th anniversary of the Hungarian Revolution, Philip speaks to poet George Szirtes, who left the country as a boy in 1956, and writer Tibor Fischer, whose parents came to Britain that same year. They are joined by historians Nora Berend and Simon Hall to discuss the revolt, the history of Islam in Hungary and the political debates going on today.

Dave McKean has created a graphic novel, Black Dog, based on the dreams of Paul Nash which forms part of the 14-18 Now arts programme.

George Szirtes is the co-editor of the Hungarian Anthology The Colonnade of Teeth published by Bloodaxe Books and the title of his own new poetry collection is Mapping the Delta.

Tibor Fischer is the author of numerous works, including the Booker Prize-nominated Under The Frog.

Dr Nora Berend is Reader in European History, University of Cambridge, and author of books including At the Gate of Christendom: Jews, Muslims and "Pagans" in Medieval Hungary c. 1000-c. 1300

Professor Simon Hall, University of Leeds, is the author of 1956: The World in Revolt. He is giving a public lecture on The Hungarian Revolution and the Refugee Experience, 1956-2016, in Leeds on Thursday 24 November.