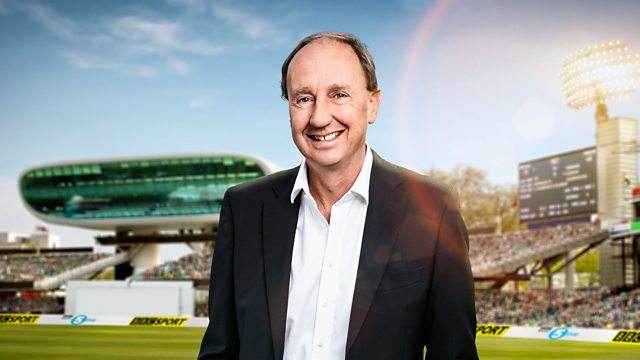 Quintessentially middle-class and very English, "Jerusalem" is also held dear in other backgrounds and cultures. From 2016.

"Jerusalem" has become a quintessentially middle-class and very English song, but it is held in the hearts and memories of people from different backgrounds and cultures.

There is a bit of cricket - commentator Jonathan Agnew (Aggers) discusses England's stunning and unexpected victory in the 2005 Ashes. Jerusalem reminds him of that extraordinary summer.

Pamela Davenport is the daughter of a man who felt that the words of Jerusalem highlighted inequality in society; lack of money prevented him fulfilling his academic potential and he died in a care home that didn't care well enough for him.

For American poet, Ann Lauterbach, the unusual and little-known Paul Robeson version was the theme-tune to her escape from the difficult years of Nixon and Vietnam to 1960s London.

Singer, Janet Shell, recalls the burial of her Great Uncle who was killed during World War One, but whose body was only discovered in 2009.

Susanne Sklar - a scholar of William Blake - discusses the inspiration behind the words of the poem. Probably, she says, he wrote them while awaiting his trial for sedition; he was in trouble for fighting with a soldier who had urinated in his garden.

Composer and writer, Paul Spicer, plays, sings and talks through the tune which was composed by Sir Hubert Parry.

A Change Is Gonna Come, by Sam Cooke—Series 23

The First Time Ever I Saw Your Face—Series 23