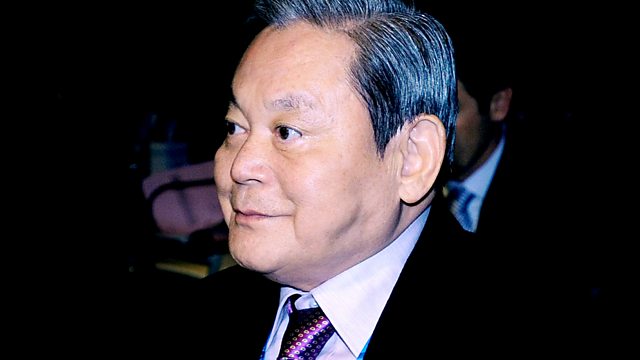 Mark Coles tells the story of one of the world's most enigmatic business leaders: Lee Kun-Hee, chairman of Samsung Group.

Samsung started out as a tiny exporter of dried fish. Today it's one of the world's biggest tech giants; the family-run business accounts for about a quarter of South Korea's entire GDP.

This week Samsung was forced to stop production of its new Galaxy Note 7 smartphone after a number of them apparently exploded or caught fire.

Samsung's chairman Lee Kun-Hee - son of the firm's founder - saw the value of his company plummet. You'd think he'd be fuming. But he hasn't been seen since he suffered a heart attack in 2014. Some in South Korea think he could be dead.

Mark Coles tells the story of Lee Kun-Hee - one of the world's most enigmatic and fascinating business leaders.