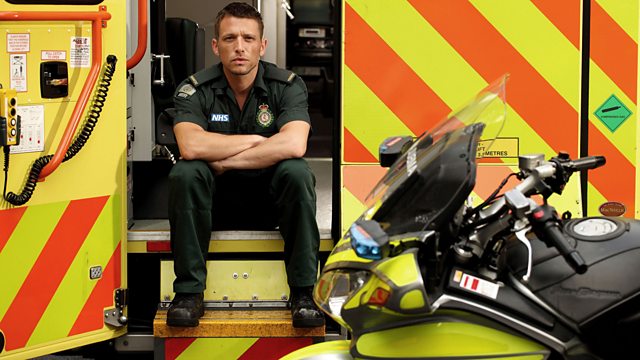 An unprecedented insight into the London Ambulance Service. The allocators are forced to prioritise the sickest patients, even if that means bumping others down the queue.

An unprecedented insight into the London Ambulance Service, from the highly-pressurised control room to the crews on the streets, Ambulance provides an honest 360-degree snapshot of their daily dilemmas and pressures.

Episode two joins the staff in the nerve-centre control room on the night shift, when amongst the thousands of calls they receive, they also have to contend with hoaxers, frequent callers and run-away patients. At one point, 125 patients are waiting for assistance and the ambulance allocators are forced to prioritise the sickest patients, even if that means bumping others down the queue.

An ambulance crew is on their way to an elderly faller who's been waiting on the floor for three hours, but he's left even longer when they are diverted to an urgent call for a woman who says she is having a miscarriage. When they get there, they discover all is not as it first seemed and the crew is torn between frustration and compassion for a patient who's clearly troubled.

Meanwhile, another crew assist a 94-year-old who entertains them with surprisingly candid talk of her love life. As her condition deteriorates, the decision is made to take her into hospital. The crew are all too aware that this may be the last time she leaves home.

Across the city, a call handler spends an hour and a half on the phone to a suicidal patient who is running away from the crews trying to track him in the busy streets of London. A dementia sufferer is all too desperate for an ambulance. She has called 15 times tonight, and even after visits by clinicians who agreed she didn't need their medical assistance, she continues to call. If they keep sending ambulances to her, there'll be fewer for other patients in the area, so the service faces a difficult decision to say no to her heart rending pleas for help.