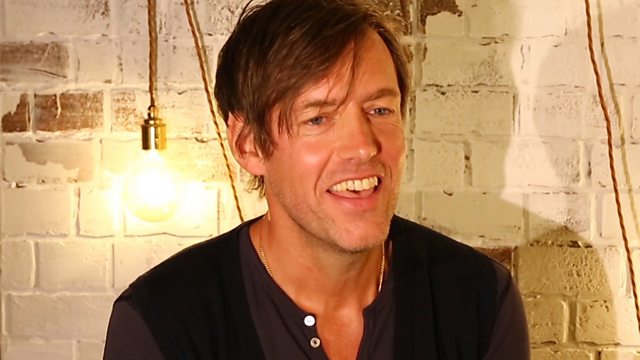 To complement his appearance at the 6 Music Festival 2020, another chance to hear Ed O'Brien of Radiohead share his musical milestones with Matt Everitt, first broadcast in 2016.

To complement his appearance as EOB at this year's 6 Music Festival, another chance to hear Ed O'Brien of Radiohead share his musical milestones with Matt Everitt, in a programme first broadcast in 2016.

He tells how his childhood was dominated by the pop charts and his early passion for the more unusual guitar heroes that emerge after punk, and his first impressions of meeting the school friends who would go on to become Radiohead. He discusses the band's early musical insecurities, their unusual route to recognition, and their reaction to the attention that followed. Ed also looks back at the band's back catalogue, how The Bends was a reaction to being called one hit wonders, the wonder of the OK Computer sessions, and how the group transformed their whole approach to creating music with Kid A and Amnesic. Matt also asks about his love for Brazilian music, his plans for a solo album and Glastonbury 2017.