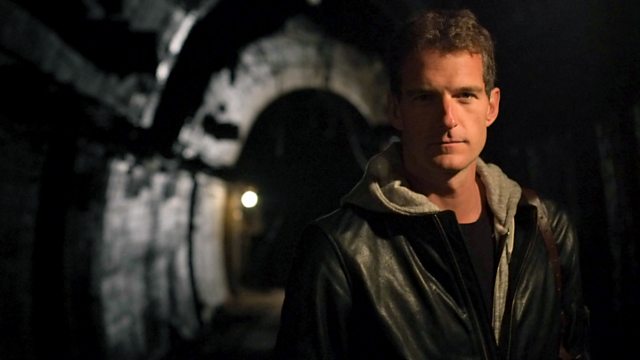 Historian and broadcaster Dan Snow leads an investigation into one of the big stories of the decade, the hunt for a buried Nazi gold train in Poland.

In August 2015, two amateur researchers declared they had found a lost Nazi train buried in a railway cutting near Walbrzych, southern Poland. Better still, they believed the train might be loaded with gold, armaments or precious treasure, all left behind by the Nazis at the end of World War II. The claim sparked a global media frenzy. Locals have long believed that at least one train, loaded with looted Nazi gold, left the provincial capital Wroclaw in early 1945. But until now, no one has discovered what happened to it.

Dan Snow follows the treasure hunters as they look for the gold train, while also carrying out his own investigation into this story, one that leads all the way to Adolf Hitler himself and his secret plans for this remote corner of the Third Reich during the last months of World War II.

Dan explores the astonishing underground tunnel complex called Riese, built on the fuehrer's orders almost certainly as an underground city to house armaments production beyond the reach of Allied bombing. Nearby, Dan visits the Ksiaz Castle, which at the end of the war was converted into a possible bolthole for Hitler and his high command. A door from the fuehrer's bedroom leads down to tunnels that could have linked the palace with the underground Riese complex.

Dan considers the evidence that Hitler was planning to retreat to this near impregnable complex and fight on. As Dan uncovers Hitler's possible plans for this region, it also lends weight to the theories and stories that there is a hidden tunnel here, a tunnel that could even contain the legendary train full of gold.

Finally, Dan joins the treasure hunters as they begin the excavation itself, and reveals the outcome of the hunt for the Nazi gold train.