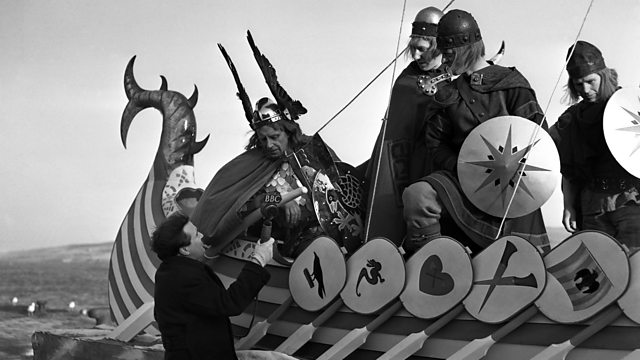 Matthew Sweet presents. With a discussion on Colin Wilson's ideas about alienation, an exhibition about fashion at London's Barbican and Eleanor Rosamund Barraclough on Norse gods.

What is an outsider? Gary Lachman and Suzi Feay discuss the writings of Colin Wilson with presenter Matthew Sweet 60 years on from the publication of Wilson's best-seller which analysed literary characters in works by Camus, Hemingway, Dostoyevsky and figures including Van Gogh, T.E. Lawrence and Nijinsky. The Vulgar is the title of an exhibition of fashion on display at the Barbican - Linda Grant and Sarah Kent discuss the messages our clothing choices send out. And New Generation Thinker Eleanor Rosamund Barraclough on Norse gods.

Beyond the Robot: The Life and Work of Colin Wilson by Gary Lachman is out now. He has also written the introduction to a new edition of The Outsider published by Penguin.

Eleanor Rosamund Barraclough has published Beyond The Northlands: Viking Voyages and the Old Norse Sagas. She was selected as one of the New Generation Thinkers in 2013 in a scheme run by BBC Radio 3 and the Arts and Humanities Research Council which works with academics who want to turn their research into radio.

The Vulgar: Fashion Redefined runs at the Barbican Art Gallery from October 13th to 5th February 2017. Linda Grant's new novel The Dark Circle is out in November.