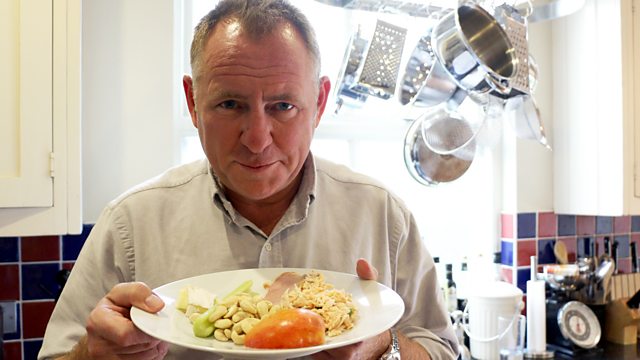 Documentary following newsreader Jamie Owen as he embarks on a diet that goes directly against the government's healthy eating advice.

Newsreader Jamie Owen is going on a diet that goes directly against government healthy eating advice, and common sense. For the past 30 years we have been told the key to a healthy lifestyle is cutting out fat. However, as a nation we have got bigger, Jamie included.

A controversial new report says the current government advice is making us bigger, and that the food industry is telling us what to eat. The report says that it isn't butter, milk and other fat that is to blame and the problem lies elsewhere.

Join Jamie as he investigates these weighty issues and makes himself a guinea pig for a diet that aims to make us rethink the way we try to control our waistlines.

See all clips from Fat v Carbs with Jamie Owen (2)

The test: what's the right diet for you? 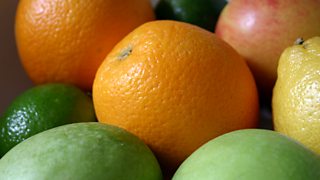 Do you struggle with your weight and wonder which diet would give you the best results?