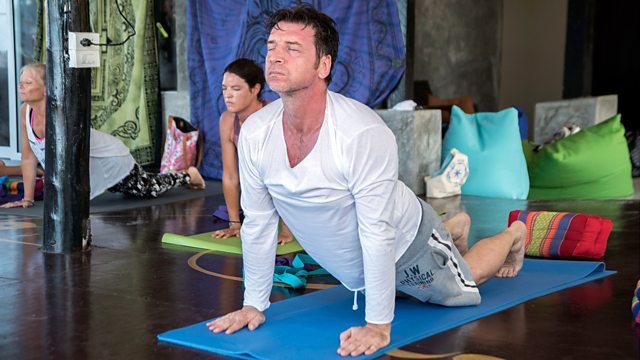 The Retreat
Episode 5 of 5

Nick Knowles undergoes an intense detox programme on a Thai island. In the final episode, the cast report to the hospital for their final medicals and eagerly await their results.

Nick Knowles joins a diverse group including a policewoman and taxi driver to undergo an intense detox and healing programme on a Thai island paradise. Is 28 days enough to change their lives?

In the final episode, the cast report to the hospital for their final medicals and eagerly await their results. The cast visit a Muay Thai gym as energy levels peak, followed by a spa visit to take in island views and reflect on the process so far. Nick takes this opportunity to have conversations with Laura, having questioned her Buddhist views, and also with Claire - as he wrestles with the spiritual side of the retreat, he is interested to see what impact the process has had on her personally.

To equip the gang with the skills to continue practices back home, Dominique invites them all to a vegan cooking demonstration before they head off to a monastery to embark on a challenging three-hour walking meditation. Despite his conversation with Laura, Nick is noticeably absent.

There is a final shock early departure and Luke pays a visit to April, who has also withdrawn from recent activities.

As the series concludes, Dominique sits down with the cast as the final medical results are revealed, with some life-changing results, laying the ground for a final farewell party with the remaining group as they reflect on their own personal journeys and how they see their futures.

See all episodes from The Retreat

Is it safe to go vegan? 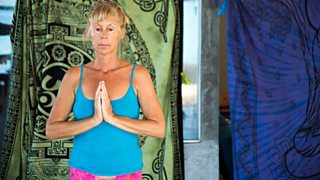 Find out the potential risks and benefits to health of adopting a vegan lifestyle.