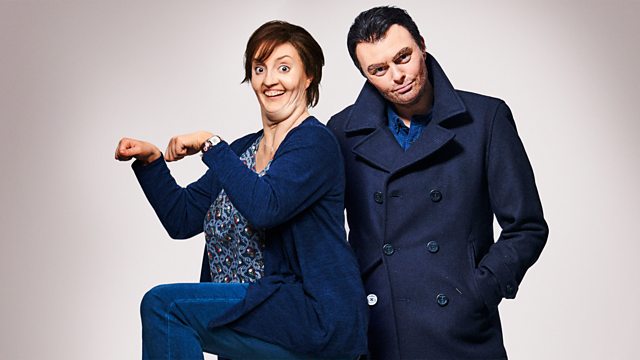 Morgana Robinson's The Agency
Episode 1 of 7

Comedy impressions show. In this first episode, Miranda Hart longs to be a serious actor, while Danny Dyer takes up writing for children.

Brand new comedy vehicle designed to showcase the dazzling impersonations of Morgana Robinson. In this seven-part show, Morgana plays the entire celebrity roster of leading talent agent Vincent Mann (of Mann Management). In a groundbreaking move, Vincent has allowed a documentary crew into his agency and given them access to the likes of Miranda Hart, Natalie Cassidy, Russell Brand, Joanna Lumley, Gregg Wallace, Mel & Sue, Danny Dyer and Adele (all of whom are played by Morgana).

In this first episode, we are introduced to Vincent as he deals with Miranda Hart's burning desire to be taken more seriously as an actor and Danny Dyer's diversification into children's literature. Meanwhile, Natalie Cassidy is building up to the National Television Awards and Gregg Wallace is launching a new range of sauces.

See all episodes from Morgana Robinson's The Agency