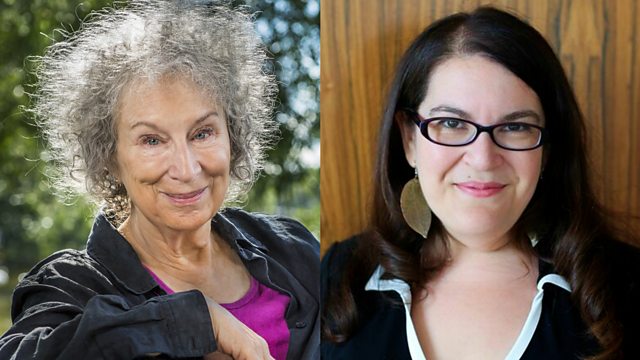 Authors Margaret Atwood and Naomi Alderman are in conversation with Philip Dodd as part of a week of broadcasts marking the 2016 London Literature Festival at Southbank Centre.

Margaret Atwood and Naomi Alderman share an interest in science fiction, the role of women and the power of fiction. They are in conversation with Philip Dodd as part of a week of Free Thinking broadcasts tying into this year's London Literature Festival at Southbank Centre, London and its theme of Living in Future Times.

Margaret Atwood's new novel Hag-Seed is a re-imagining of Shakespeare's The Tempest. She is also being awarded this year's Pen Pinter Prize.
Naomi Alderman's new novel The Power will be published at the end of October. It imagines a world where women are endowed with an automatic power to hurt.