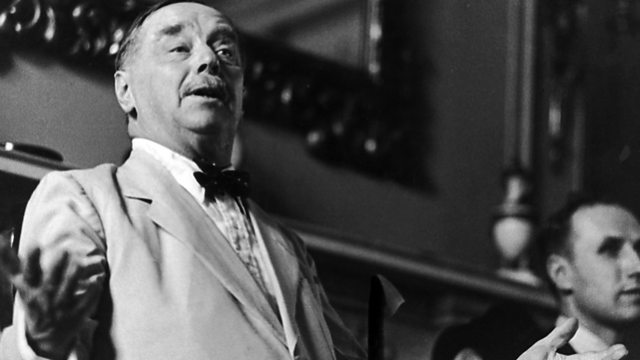 The complicated relationship between author H.G. Wells and women and his writing about time, space and the fourth dimension.
On the opening night of the London Literature Festival, Matthew Sweet chairs a discussion with Louisa Treger, Mark Blacklock, Joanna Kavenna and Christopher Priest and an audience at Southbank Centre, London.

Louisa Treger's novel The Lodger was inspired by Dorothy Richardson, one of the key women in Wells' life
Christopher Priest's books include The Prestige and his latest novel out this month which explores ideas about time is called The Gradual. He is Vice-President of the H. G. Wells Society
Joanna Kavenna's latest novel is called A Field Guide to Reality.
Mark Blacklock teaches science fiction at Birkbeck College and is the author of The Emergence of the Fourth Dimension: Higher Spatial Thinking in the Fin de Siecle
More information about anniversary events to mark 150 years since the birth of HG Wells are found at http://hgwellssociety.com/