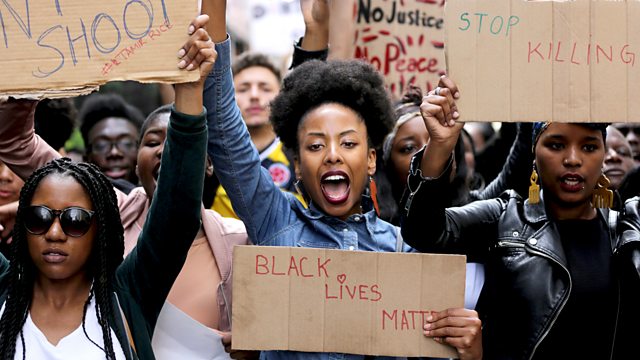 What does Black Lives Matter stand for in the UK? With the help of broadcaster Dotun Adebayo, David Aaronovitch finds out.

What does Black Lives Matter stand for in the UK?

In the United States it is a protest movement formed in reaction to the killing of black people by police, and now there are BLM chapters in Birmingham, Nottingham, Manchester and London.

The British organisation's most high profile action so far has been a blockade of airports and major roads - but what are the key issues driving the Black Lives Matter campaign in the UK?

Joining David Aaronovitch in this edition of The Briefing Room are: