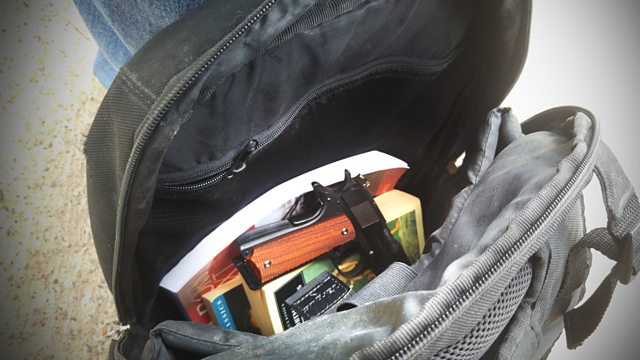 Documentary. Ian Peddie explores the impact of new Texan laws allowing concealed handguns to be carried both on university campuses and into classrooms.

On 1st August 2016, Texas became the first big American state to allow students aged over 21 to carry concealed handguns on campus. Ian Peddie explores the impact of the new law.

This change is seen by many as a litmus test and, despite a few smaller states already having similar laws, where Texas goes America often follows. As with all American gun debates the issue is divisive, with many seeing this moment as pivotal in framing the nation's political and cultural relationship with weapons.

Most educators in Texas oppose the legislation, Texas Senate Bill 11 (SB11). They fear an impact on teaching, where contentious topics such as religion and philosophy may now be avoided. But after notorious shootings at Virginia Tech, Columbine and the University of Texas, some students welcome the ability to defend themselves.

British born Assistant Professor Ian Peddie has lived and worked in the USA for over 25 years. SB11 will change the context under which he lives and works and it's in that knowledge that he explores the impact of the new campus carry laws.

We follow Ian into class at Sul Ross State University for the first day of the new law's introduction. On campus Ian meets students, faculty, and the police to gauge the mood of these new times. Later, Ian hears from protestors for and against the new law at the huge University of Texas in Austin. In a noisy atmosphere, the arguments are good natured but passionate.

Throughout the programme Ian examines the fears, claims and discussions being held across universities, the state, and the nation. It will be illegal for lecturers to ask students if they are carrying weapons but it remains to be seen how that 'knowing but not knowing' might affect the class.

A Like It Is Media production for BBC Radio 4.